 KGF Chapter 2 to release in theatres on September 9 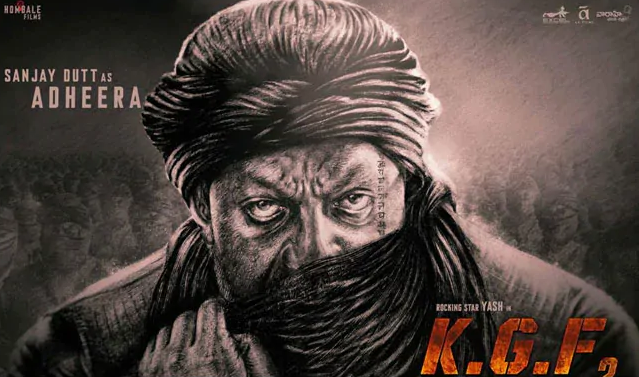 KGF: Chapter 2, directed by Prashanth Neel, might release in theatres on September 9. The film was supposed to release on July 16, but has now been postponed.

The makers of Yash and Sanjay Dutta’s upcoming film, KGF: Chapter 2, are waiting for theatres to reopen to finalize a release date. According to popular trade analyst Taren Adarsh, director Prashanth Neel and the team are considering September 9 as the film’s release date. However, they haven’t finalized the release date yet. The filming of KGF: Chapter 2 was wrapped up earlier this year.

KGF: CHAPTER 2 TO RELEASE IN SEPTEMBER?

In 2020, director Prashanth Neel had announced that KGF: Chapter 2 will release on July 16. Due to the second wave of the novel coronavirus pandemic, the film’s release has been postponed. The makers are yet to officially confirm the film’s postponement.

Trade analyst Taren Adarsh took to Twitter to reveal that the KGF 2 team are eyeing a September release. He wrote, “#KGF2 RELEASE UPDATE… #KGF2 is a hugely awaited franchise… There’s talk that the producers are toying with the idea of releasing the biggie – starring #Yash – on 9 Sept 2021… Is the release date final?… Not at all… The producers haven’t finalized any date yet. (sic).”

NO KGF RELEASE ON JULY 16

KGF: Chapter 2 stars Yash and Sanjay Dutt in lead roles. The film was earlier scheduled to release in theatres in multiple languages on July 16. Due to the Covid-19 pandemic, the makers had no other option but to postpone the film’s release.

Taren Adarsh wrote, “Tremendous curiosity for #KGF2… Will the hugely-awaited film – starring #Yash – arrive on 16 July 2021? Latest: #KGF2 is in the final stages of post-production. Release: Once all-India cinemas reopen. The earlier date – 16 July 2021 – is ruled out (sic).”

The film has been delayed for a long time because of the pandemic situation.

The pandemic has truly spoilt so many plans! As for movies, the producers are still waiting for the perfect scenario to avoid losses. Akshay Kumar is one who has taken a big risk and scheduled his film at the ticket windows. Yash starrer KGF Chapter 2 seems to be lured by OTT platforms for an OTT deal. Read on for details.

As most know, KGF Chapter 2 is backed by Hombale Films. The Hindi rights have been acquired by Farhan Akhtar and Ritesh Sidhwani’s Excel Entertainment. The film has been delayed for a long time because of the pandemic situation. But will Yash starrer opt for a digital route like most big releases in recent times?

As per recent reports doing the rounds, a streaming giant has offered a sum of massive 255 crores to KGF Chapter 2 team. Yes, that’s indeed an alluring amount that could make the team reconsider their theatrical release. Furthermore, given the current scenario, this definitely sounds like a safe option financially!